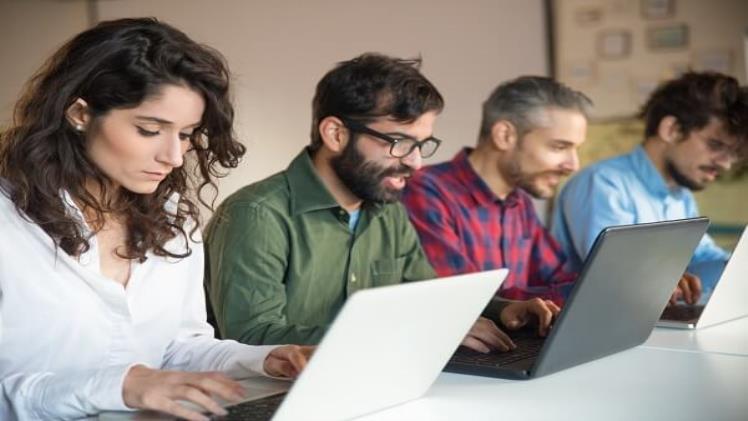 Cognitive ability tests are commonly used by employers as a tool for assessing job candidates’ mental aptitude, including their problem-solving, critical thinking, and reasoning skills. These tests are designed to measure a wide range of cognitive abilities, including verbal and numerical reasoning, as well as spatial and abstract reasoning. But, what do these tests really measure and how do they impact hiring decisions? In this guide, we will explore the benefits and limitations of cognitive ability tests and provide practical advice for employers looking to use these tests in their hiring processes.

What are Cognitive Ability Tests and why are they used for hiring?

Cognitive ability tests are standardised assessments that measure an individual’s mental capabilities and potential for problem-solving and learning. They are used to predict a candidate’s ability to perform on the job, specifically their ability to understand, reason and learn from new information. These tests can be administered in a variety of ways, such as online, paper-based, or in person, and are often timed to measure how quickly a person can process information.

Cognitive ability tests are used by employers because they are widely considered to be one of the best predictors of job performance, especially for positions that require a high level of cognitive ability, such as jobs in engineering, finance, and technology. This is because cognitive ability tests measure a wide range of mental abilities that are essential for many types of jobs. The results of these tests provide employers with a reliable indication of a candidate’s potential for success in the role.

There are several different types of cognitive ability tests that are commonly used in hiring. Some of the most popular types include:

Verbal reasoning tests, which measure a candidate’s ability to understand and analyse written information, such as passages from books or articles.

Numerical reasoning tests, which measure a candidate’s ability to understand and analyse mathematical concepts and data.

Spatial reasoning tests and mental ability tests which measure a candidate’s ability to understand and manipulate visual information, such as patterns and shapes.

Abstract reasoning tests, which measure a candidate’s ability to understand and analyse abstract concepts and patterns, such as symbols and logic.

Some tests also include a combination of verbal and numerical reasoning tests, which measure the ability to understand and analyse written and numerical information together.

However, cognitive ability tests also have limitations. For example, some research has suggested that these tests may have a cultural bias and may not be equally effective at predicting job performance for candidates from different ethnic or socioeconomic backgrounds. Additionally, cognitive ability tests only measure a specific set of mental abilities and do not take into account other factors such as emotional intelligence, motivation or teamwork abilities, which are also important in many jobs.

How to Use Cognitive Ability Tests in Hiring Processes:

When incorporating cognitive ability tests into your hiring process, it is important to be aware of the advantages and limitations of these tests, as well as best practices for administering and interpreting them.

Second, it’s important to use cognitive ability tests for hiring that have been validated for the specific job role you are hiring for. This means that the tests have been proven through research to accurately predict the performance of candidates in that specific role.

Fourth, it’s important to provide candidates with clear and detailed information about the tests, including the types of questions that will be asked, the length of the test and the format in which it will be administered.

To prevent bias, be sure to consider multiple sources of data in addition to cognitive ability test results.

Behavioural Interviews: Behavioural interviews are a type of interview that focus on the specific behaviours and experiences of the candidate in order to predict their future performance.

Role-Play or Simulation Exercises: Simulation exercises or role-playing tasks can give employers insight into how a candidate would perform in real-life situations.

Work Samples: Work sample tests provide a practical assessment of the candidate’s skills and abilities by having them perform tasks that are similar to those they would perform on the job.

Self-Reports: Self-report measures are questionnaires or surveys that are completed by the candidate, which provide insight into their personality, motivation and interests.

In conclusion, cognitive ability tests can provide valuable information about a candidate’s mental aptitude, but should be used in conjunction with other methods of assessment. Employers must be transparent and honest about the purpose and use of cognitive ability tests, use validated tests and interpret the results in the context of the job requirements. It is also important to consider alternatives such as behavioural interviews, simulation exercises, work samples, and self-reports in order to get a comprehensive understanding of the candidate’s qualifications.

Benefits of Delta 9 Cannabinoids and Phytocannabinoids