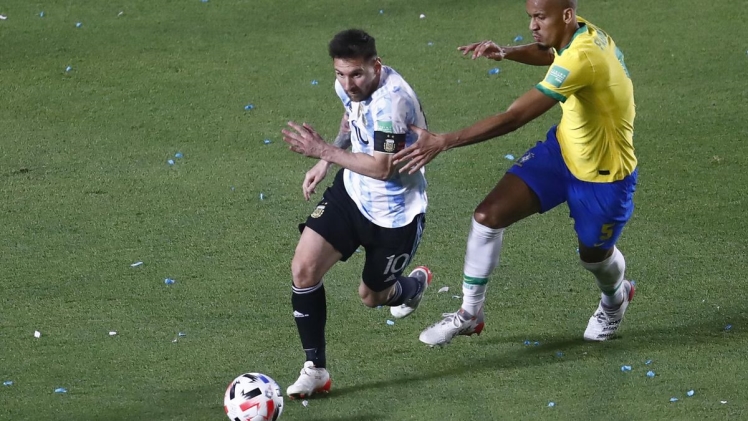 The leader of Argentina’s national soccer team Lionel Messi has shared his opinion on the upcoming World Cup 2022. The footballer named the main favorites of the tournament. Interestingly, among the two contenders there is no Argentine team.

Among all the top teams Messi singled out Brazil and France.

At Euro 2020, the French have not been very successful, the team sensationally left at the stage of 1/8 finals from the national team of Switzerland. Not very happy with the results of the team in the Nations League group – from six matches in the group the team could win only one, not the best result for the reigning world champion. Lionel highlighted the strengths of the French team, namely the played squad and a large number of star performers. All the same can be attributed to the Brazilian national team. The groups of both national teams are quite simple, if you compare them directly. France at the World Cup in the group will play against teams from Australia, Denmark and Tunisia. Brazil will face Serbia, Switzerland and Cameroon. The Argentine’s assumption may well be considered justified, no matter how the situation develops, the teams of France and Brazil at any tournament will be considered the favorites.

It’s very strange that the player hasn’t added his national team to the list of favorites. Argentina shows very high quality soccer; the team has not lost 37 matches in a row. And the level of players in the team is never inferior to the aforementioned teams. Moreover, Messi himself is in top form, so he will certainly be able to influence the outcome of important matches. You can choose your favorite at the best bet UG.

It is hard to say why Messi has chosen these teams, but according to his words, Spain, Germany and England could also be considered as favorites. However, we can assume that Leo made such a choice because of his teammates at PSG, Neymar and Mbappe. In addition, the Argentine performs in the French championship, so not to highlight the French national team would be bad for his rating among the fans of the country.

The Argentine team is just as much a contender for the championship as France and Brazil Perhaps Lionel deliberately did not mention his team, not to make loud statements before the start of the tournament and to draw attention away from the team.