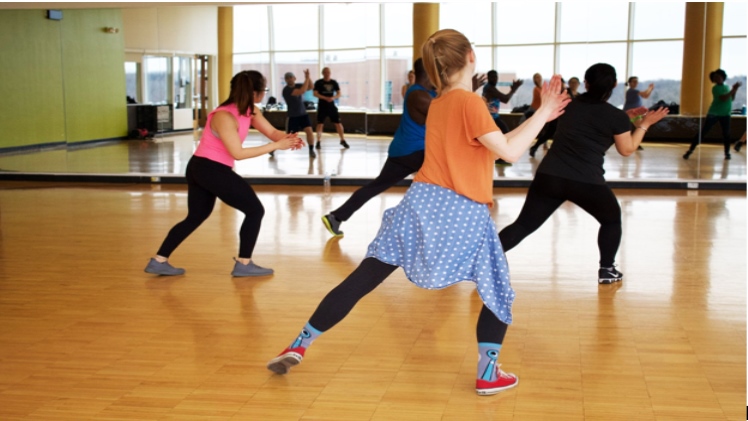 Aerobic vs Anaerobic – What’s the Difference?

When it comes to working out, there are two main types of exercise: aerobic and anaerobic. Both have their own unique benefits, but it can be tough to decide which one is right for you. Perhaps you’re a beginner to the world of exercise theory and don’t know where to start. Or maybe you’re already an avid gym-goer but want to add a little variety to your routine. Either way, you should learn something from this guide.

Everything You Need to Know About Aerobic Exercise

To start, aerobic exercise is any type of sustained physical activity that elevates your heart rate and breathing. In other words, it’s any activity that makes you sweat and puff. Most importantly, aerobic exercise is continuous and relatively long in duration. That means it’s not something you can do for just five minutes. Instead, it relies on sustained effort over some time.

With this in mind, the most common forms of aerobic exercise are running, walking, biking, swimming, and elliptical training. All of these activities can be performed at different intensities, which is important because the intensity is what determines whether you’re working aerobically or anaerobically.

Aerobic exercise is performed at a moderate level of intensity, which means that you’re still able to talk, but you can’t sing. You’re breathing hard, but not so hard that you can’t carry on a conversation.

Everything You Need to Know About Anaerobic Exercise

On the other hand, anaerobic exercise is performed at a high level of intensity, and you can only sustain it for a short period. This is because your body is working so hard that it can’t get the oxygen it needs to fuel your muscles, so it has to rely on a different energy source. This results in the build-up of lactic acid in your muscles, which is what causes that burning sensation.

So, when you’re doing anaerobic exercise, you can’t keep it up for more than a few minutes at a time (sometimes even seconds!) But, the upside is that it’s really effective at improving your strength and power.

Examples of anaerobic exercise include:

As an example, think of Usain Bolt in the 100m final. He’s going all out for those 10 seconds, and then he’s done. For those ten seconds, he’s operating entirely anaerobically. Aerobic exercise, on the other hand, is any exercise that you can sustain for more than a few minutes. It’s the kind of exercise that you can do day in and day out, without feeling too exhausted. Because you’re working at a lower intensity, you’re able to keep going for much longer.

As always, not everything is black and white. In many activities, you’ll use both aerobic and anaerobic energy systems. For example, when you’re playing a game of tennis, you might have long rallies where you’re running back and forth across the court; this requires sustained aerobic activity. But then, when you hit the ball, you might have to sprint to the other side of the court; this requires a burst of anaerobic activity.

Also, underwater activities can sometimes be a mix of both aerobic and anaerobic. For instance, when you’re swimming at a slow, steady pace, you’re using aerobic energy. But when you swim faster, or if you’re swimming against a current, you might need to use anaerobic energy. In case you didn’t know, underwater exercise is a great way to recover from injuries, boost your stamina, and improve your core and control. To explore further, consider services like Aquatic Performance Training.

At this stage, you should now know the difference between aerobic and anaerobic exercise. If you want to improve your fitness levels, it’s important to include both types of activity in your regimen!

How To Deal and Live With Infertility-Related Stress: How To Move Forward